Jane Austen and the Archangel – The Angels Come to Earth Series, Book 1 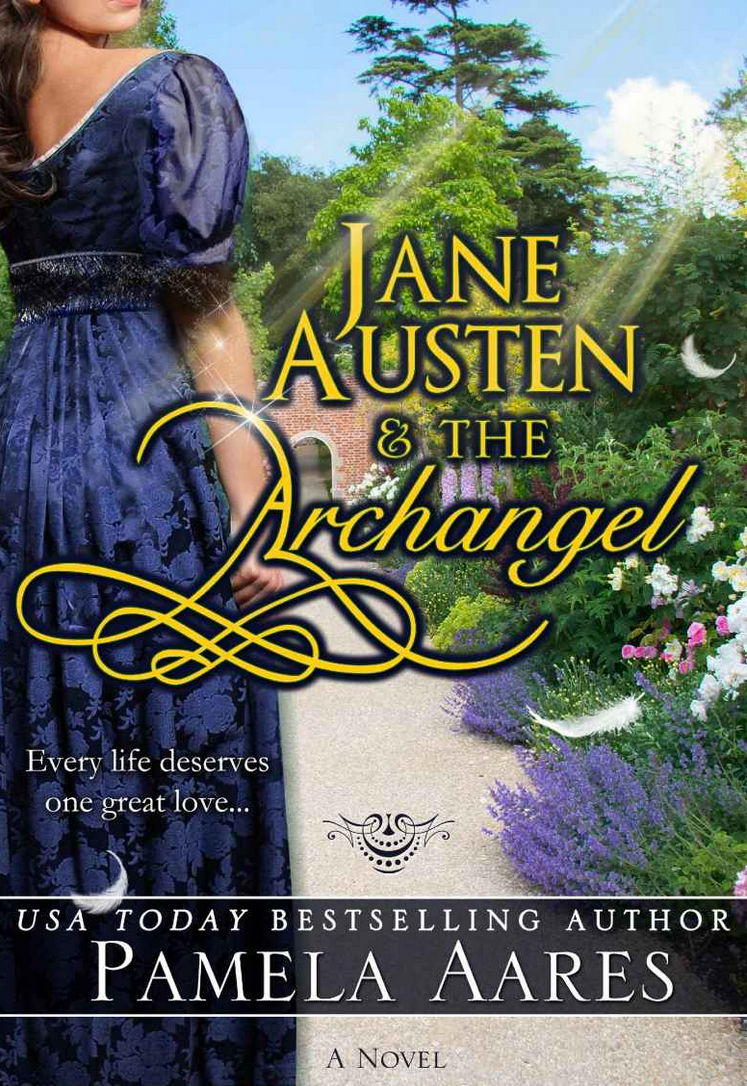 Jane Austen and the Archangel | The Angels Come to Earth Series, Book 1

What’s to be done with an angel who breaks the rules? Introduce him to a woman known for her propriety, of course.

Until then passion had lived only on the page…

Jane Austen hasn’t written a creative word in months. She secretly fears she may not have it in her to write a single word more about love. Yet when the mysterious Michael Grace appears on her doorstep, she’s cast into a world of emotion beyond even her wildest imaginings. Though she fears he might be a spy, she enlists his help to find her friend’s fiancé, missing in the Peninsular War. But Michael isn’t what he seems, and the passion and doubts he ignites turn everything Jane trusts upside down. What Jane doesn’t know is that her mystery man is an angel. One who’s never failed to get what he goes after.

Some rules just beg to be broken…

It’s not easy being a bad-boy angel and Michael is paying the penalty. Demoted to working undercover in a sleepy English village, he’s chafing to launch the dangerous mission he’s been sent to command. But when he meets Jane, he’s irresistibly drawn to her, even though involvement with her could jeopardize her life and his status as an angel.

When Lucifer tries to use Jane as a pawn in his vile schemes, Michael discovers that fighting the forces of darkness is nothing compared to the challenge of telling Jane the truth. Can the angel who’s never lost a battle win the heart of a woman who’s afraid of love?

Praise for The Angels Come to Earth Series:

“Elizabeth Jasicki’s luscious voice, slow delivery, and perfect upper-class English accent converge to make this clever and romantic story, the first in a series, a heavenly experience. Listeners will wish that divine intervention could keep this book from ending.” —Audiofile Magazine

“A fascinating and brilliant love story…well crafted novel by Pamela takes us into a new world and gives us the peace of mind that Jane truly knew love.” —Julie Martin Wallace

“A letter carrier, Michael mused as he dodged the thorns of a rosebush and headed down the path to the cottage. Perhaps he was lucky—his situation could’ve been dreadful. Instead of cooling his heels in a sleepy English village, he could’ve been sent to purgatory or … well, he didn’t want to imagine anything harsher than that. Besides, who was he to question the Almighty?

Searching through the leather pouch he’d slung over one shoulder, he felt a warm-hearted camaraderie with letter carriers—they bore messages that affected destinies. He knew plenty about that.” …READ MORE